After Windows Vista, Windows 7 is the newer operating system from Microsoft. The operating system Windows 7, like all editions of Windows, aims for professional users and the corporate sector. A lot has changed for this: Optimizations were made both in the optical area such as the user interface, and in terms of system and security, like the improved Windows Explorer and the new security center.

For Microsoft, to achieve a user-friendly operation is a major concern, in order to get there the user interface of some applications and the system itself have been improved in the Windows 7 operating system. Many programs, such as Paint and WordPad, were designed with a ribbon surface in Microsoft Windows 7, as has been the practice since Microsoft Office 2007. The sidebar known from Vista was removed in Windows 7. Widgets can now be placed anywhere on the desktop. The Windows 7 operating system runs faster overall than its predecessor does, which is due to the lower system requirements despite numerous optimizations. The Windows 7 operating system also includes the new DirectX 11, which is responsible for increasing performance in the „Graphics“ area. Microsoft Windows 7 now also supports alternative input devices such as tablet PCs with various functions such as multi-touch

The Windows 7 operating system is not only user-friendly and powerful: Microsoft has also given major priority to security in its new version. It now supports standard biometric authentication using fingerprints. Compared to Windows Vista, the user account control in Microsoft Windows 7 is gradually adjustable. This works now with a whitelist of system programs, which are automatically assigned administration rights. In order to increase the security level of critical applications, these can be kept in a blacklist. This means, they are dealt separately during execution and always call up a confirmation window beforehand. To keep your system safe, it is always up to date with updates from Microsoft in the form of certified drivers and corrections.

Windows 7 Ultimate is primarily aimed at small business owners who use their PC for private and business purposes, as well as at home users who operate their computer both at home and in the corporate network. It also enables the user to change the system language at any time. Windows 7 Ultimate also offers, among other things, the hard disk encryption BitLocker and the start of virtual hard disks in VHD format.

Additional requirements to use certain features:

For any upcoming questions please don’t hesitate to contact us by e-mail. Our customer suppport is available 7 days a week, 24 hours a day. 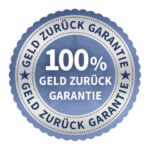